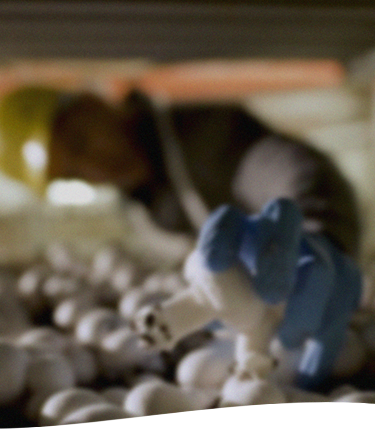 Founded in 1961 by Dr. Murray O’Neil, Highline Mushrooms began as a small family farm in Leamington, Ontario. With a focus on family values, excellence, innovation and work ethic, we have grown to be the world’s largest grower of organic mushrooms. Shipping to Canada, the United States and Japan, Highline is one of the largest growers of fresh mushrooms in North America.

has set standards for industry change, and our respect for the environment, the consumers and our people drive our constant growth. Our knowledgeable team of hard-working Highline associates motivates our passion, progress and success in growing high-quality, firm, nutritious, sustainable and delicious mushrooms.

has set standards for industry change, and our respect for the environment, the consumers and our people drive our constant growth. Our knowledgeable team of hard-working Highline associates motivates our passion, progress and success in growing high-quality, firm, nutritious, sustainable and delicious mushrooms.

Always searching out and investing in the most advanced growing technology, in 1985, we became the first farm in Canada to incorporate the novel Dutch-growing method, where a mushroom’s growing cycle is only four weeks long. This revolutionary change allowed us to supply our customers with whiter, denser mushrooms – an advantage that reinforced our know-how and made us stand out from our competitors.

Our quest for innovation and industry change did not stop there. In 2001, we became one of Canada’s first mushroom companies to be certified organic and the first to implement a certified organic wash process for sliced mushrooms. Our position as an industry leader was further solidified in 2010 when we became the first Canadian mushroom grower to obtain a Safe Quality Food (SQF) certification, a rigorous, credible food safety management system recognized by retailers worldwide.

Embracing change has been key to our sustained growth and success, and over the years change has come in many forms.
From advancements in our work processes to the adoption of state-of-the-art growing technology, the ultimate goal at Highline is to be

Growing premium quality mushrooms is what we do, and we couldn’t do it without the excellence of our dedicated team. We take good care of our associates and the communities we serve, making it a priority to build and sustain a happy and healthy environment for our people and their families.

We treat people right, even little things, like doing annual picnics.
We provide employment opportunities to new Canadians, we embrace the cultures, and we find ways to bridge gaps and to learn about one another promoting dignity in the workplace.

Over the last 60 years, we have established ourselves as a trustworthy brand, relying on the same family values and innovative spirit on which our first farm was built, and we are excited to build on this legacy as we look forward to the future.

Thank you for visiting Highline Mushrooms.

We would love to hear from you.
Feedback or questions are always welcome.